Season 2 of the Sparkle Photo Series 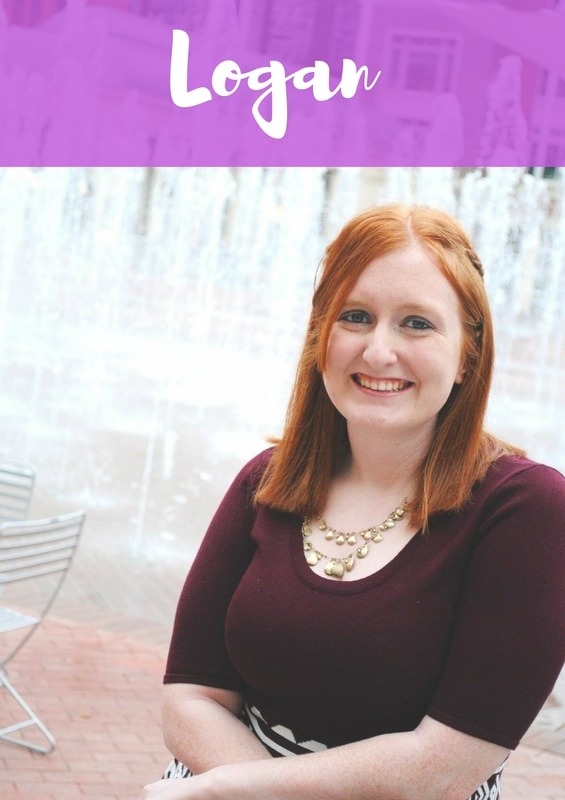 "I started taking anti-depressants and anxiety medication when I was 14 years old. They have always helped me stay in control of my emotions so I could handle my day-to-day business. On May 22nd 2015, at 21 years old, my world as I knew came crashing down around me. I lost the person I love most in this world, my mom, due to the justice system. My world was surrounded by lies and manipulation. Living at home became a reminder of the constant loss I experienced. I felt as if everything was taken away from me and my life was open for the world to see. That August, I moved to Fort Worth to attend Brite Divinity School. Moving to a new place was extremely difficult. Not only did I move to a new place, but also, I was living with a complete stranger. After having to go through a brutal trial, losing my mom, having to learn how to live without her, and moving in with a complete stranger, I developed a depression that I have never experienced. I have never been angry but for the first time in my life, anger was all I could feel. I would walk around ready to explode at any moment, cried a majority of the day, and I was not able to sleep. I have never been in such a dark place in life. Many times I felt as if I could not live my life without my mom being there. I was already taking one anti-depression and anxiety prescription so I was worried there was nothing else I could do. I felt so alone due to the fact that I kept all my emotions to myself and afraid of when my new friends would think. After a few months, I developed friends that I knew could handle the support I so desperately needed. After telling them, I became a little less stressed but I still could not get a hold of my anger and crying spells. They convinced me to go see a doctor because I had nothing to lose by asking for help. I took their advice and the doctor prescribed me an additional anti-depression and anxiety prescription, plus something that would help with the insomnia. A few weeks went by and the anger was under control, the sleeping, not so much. In January, I took a weeklong class for my graduate degree, each night I only slept about 2-4 hours. When the spring semester officially started, I broke down crying about not being able to sleep so my friend took me to the doctor. Ever since the end of January, I have been able to sleep thanks to finally finding the medicine my mental health needed. In February, I was able to move out of my apartment and move into a new place to call my own. Ever since then, it’s been about maintaining my health and excelling in grad school. Towards the end of September and the beginning of October, I have been able to sleep on my own without the help of insomnia medication. I’m still on the other two anti-depression and anxiety prescription and feel no shame in it. Because of admitting that I need help, I feel like I can finally take on the world and be successful. I still have bad days, but they have started to become less and less common. Dealing with a loved one in prison is one of the hardest things to live with. I could not survive without the help of my medicine, family, and friends. I hope through my struggle, I can shed light on the world of incarcerated families and the silenced pain we deal with every day. Sparkle Mental Health Connection is such an important tool for people to use. As a minister, people assume that we are "perfect" and there's no way anything can be wrong. We are held to such a high standard that's almost impossible to achieve. By joining with Sparkle Mental Health Connection, I hope to shed light on the mental health of clergy and within the church. I'm so grateful that this organization has entered my life. If my story can help one person, then Sparkle has done its job. "

" I imagine when people meet me for the first time, most think of me as being reserved, quiet, and maybe even somewhat aloof. While that may be true, it’s much more than shyness or introversion. For many years I’ve dealt with social anxiety, which is basically the fear of interacting with other people in certain situations. Many of the tasks that people find normal in their day-to-day lives, such as meeting someone new, talking on the phone, going to a meeting/interview, speaking to a group of people, even going to the doctor for a checkup, have the potential to trigger my anxiety like no other. I can’t even recall how many times I’ve avoided people, places, and situations because they would give me heart palpitations, leave my hands cold and clammy, my stomach full of knots and my head spinning. What causes this exactly? It’s an involuntary “fight or flight” response that I believe to be the result of fear – the fear of being judged, watched, singled out, embarrassed, or scrutinized. It’s easy to say “there’s a solution to that – just don’t care what other people think of you.” But I don’t have much of a choice. It’s almost like my brain can’t decipher between threatening and non-threatening situations and people. I know how irrational it sounds. That’s why it’s a disorder, because it doesn’t define who I am. I love people. I love my family and friends. I love to laugh and make others laugh.
Social anxiety doesn’t always equate to having no friends; for me, building genuine friendships can be difficult and take some time, but I’m lucky to have many people in my life who care about me and accept me for who I am.
Now, on to the next part of my story. Earlier this year, while attending school at OSU, I hit a rough patch. My anxiety, along with the stress of college and the fact that I was so far from home created the perfect storm – depression. It wasn’t the first time I’d experienced a low point but it was different this time around. Despite the fact that I was doing alright in school, I felt overwhelmed. I remember coming back from class one Friday and breaking down. I buried myself under the sheets and cried for a while. I texted my mom and told her I had to come home that weekend because I was struggling and didn’t know what to do. After that, I pretty much decided that I couldn’t continue living four hours from home while trying to keep up in school and take care of my mental health. I made it through that semester and moved back home, as much as I wanted to stay and finish my last year of college. Being home was great, but the fact that I didn’t have a job or anything that gave me a sense of purpose made the depression worse. There were so many days that I wouldn’t even leave the house or venture far from my bed. That was a new kind of low for me. Even though I had the support of my family, I had isolated myself from just about everything and everyone else. I felt like such a burden, as if I could disappear and hardly anyone would notice that I was gone. It’s a very hopeless and worthless feeling, one that’s hard to adequately describe to someone who has never experienced it. As much as I had tried to avoid meds, I went to the doctor to get a prescription. I finally admitted that I couldn’t fight this alone, and that was okay. What many don’t realize is that medications for depression/anxiety or any other kind of mental illness, while they may help, can also have serious side effects. I’m lucky to have only experienced fatigue, vivid dreams, and the occasional bout of insomnia with the meds I’m currently taking. I’ve read horror stories of people hallucinating or having suicidal thoughts, which is exactly what the meds should be working against instead of causing. It’s a physically and emotionally draining process to go through, experimenting with what helps depression/anxiety, what makes it worse, and having to adjust your lifestyle accordingly. Everyone is different, there’s not a “one size fits all” treatment plan. Nobody chooses to have a mental illness, but I believe it’s made me stronger and more self-aware. I wouldn’t trade the opportunity to help others for anything, and my story is what allows me to do that. Thank you, Sparkle, for giving me the platform to share what I’ve been through. I hope that some of you who are reading this can relate – if you do, always remember that it’s okay to ask for help or admit that something isn’t right. Seriously, even if you are too afraid to go see a counselor, tell someone that you trust. Don’t feel like you have to hold everything inside, because it will only make things worse. I’m also here for anyone who wants/needs to talk. Keep sparkling!" 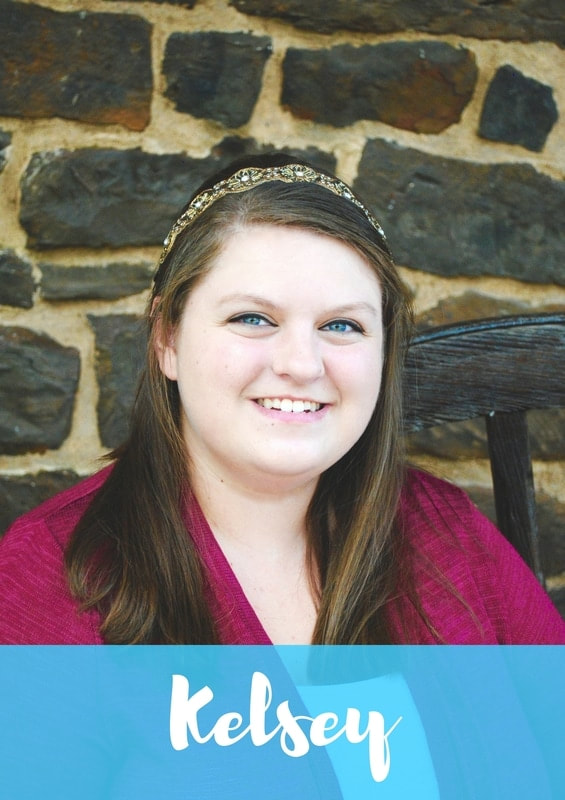 "For me it all started around freshman year of high school. I am not very good at making friends and having been bullied a lot in middle school, trying to adjust to high school was a roller coaster. I started to eat lunch alone in the hallways, sit in the back of classrooms and didn't say much. I didn't have much interest in extra curricular activities so I spent most of my free time at home. My biggest enemy is the voice in my head. That voice kept me from living my life, it put me down and filled my head with lies that I truly believed. It wasn't until junior year when I discovered photography that I found a passion and I was the happiest id been in years. The voice in my head has followed me into adulthood, I have a hard time socializing in groups of more than 3 people and I basically live on my cell phone as a social escape. From the outside you cant tell I have this silent killer inside. Though I have never thought of or tried killing myself, its been in my darkest moments that ive come to understand why others do. Depression has dark roots that go deep into us and touch parts of us we don't realize. If we don't find something to lean on or something to give us strength then we are just fading into the abyss. The older I've gotten the more I've relied on my faith to get me through. I used to go sit in my church sanctuary on any given night and just talk to God or sit there in complete silence and cried.Jesus is my freedom and he's stronger than the lies. It's with that profound hope that makes me so excited to be joining the Sparkle Team! Every story is important and I want to help others out there who feel small and alone to realize they aren't. There are people who understand and it's okay to talk about it. It's time we stopped referring to mental illness as a silent killer. Lets talk about it and not let it be silent anymore, we need to help those suffering." 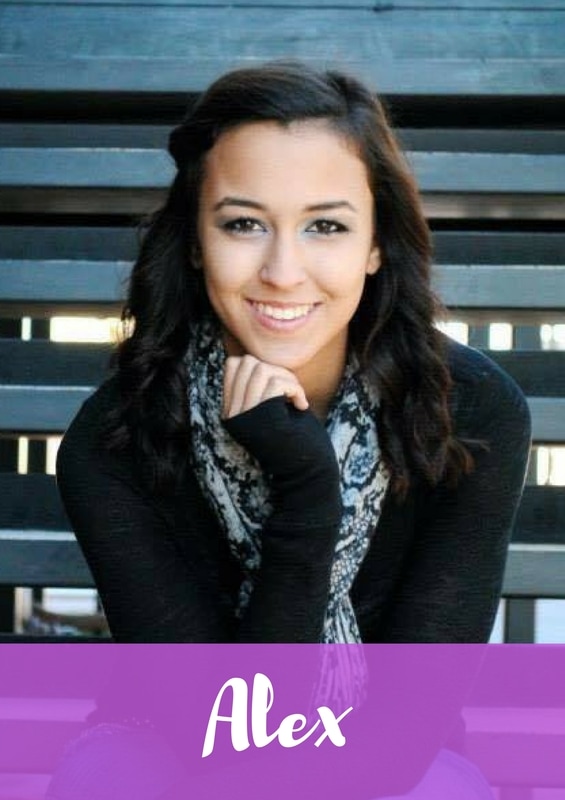 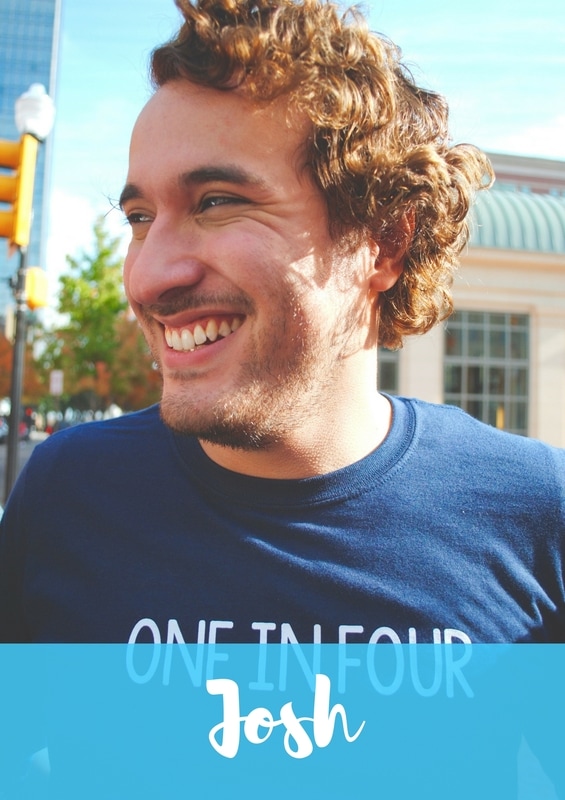