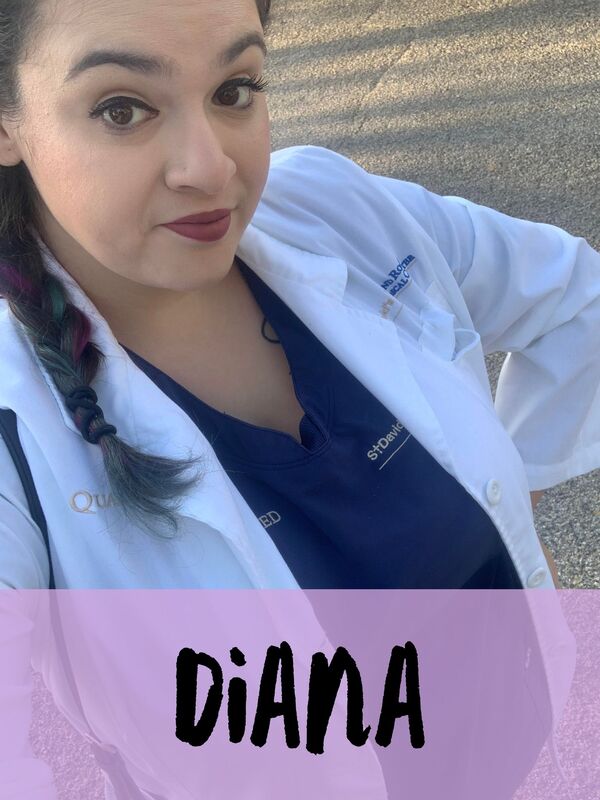 "​I am an epileptic. Hispanic. An RN. A patient. All rolled into one mess of cells named Diana. The journey to finally being able to say my own name with pride was not always easy, but absolutely something I cherish. Being epileptic, Hispanic, a nurse, and a patient are all experiences that have shaped my identity and mental health since before I can remember. I know what some might think – you choose your career path, you wanted to be a nurse. My response for that is I chose compassion, I chose love, and I chose helping others in a world where love is not chosen often enough. I did not choose the weight that came with the title of “RN”. The weight that became part of my identity and that attributes to many nurses “burning out”.
Epilepsy. My epilepsy first appeared at age 9, left long enough for me to start driving and having a seemingly normal life, but then reared its ugly head again in adulthood. I spent many childhood years being poked and surrounded by people to ensure my safety. Having my epilepsy come back as an adult and realizing I had to take care of myself now was terrifying. Even with all previous knowledge as a patient and as a new nurse – being seen as an epileptic was something I never wanted for myself.
Hispanic. Culturally, there is an unspoken rule within Hispanics that mental health is not as important as physical health. And physical health must be very scary for you to seek help. My family treated me like glass after my epilepsy diagnosis to make sure my seizures were few and far between. In turn, my mental health had taken a turn for the worst with constant hovering. My depression started at a young age and developed throughout my teen years. With my family not truly believing in mental health resources, finding help was something I never got a chance to do until adulthood.
Nurse. I think COVID has taught many of us what nurses really do on the frontlines. We are not just your plate warmers and apple juice carriers, though I am happy to be both of those things. I am a hand holder, tear wiper, hug giver, chest compressor, pill crusher, medicine runner. Even in the height of COVID I would take my mask off to have big talks with patients, to be able to express with more than just my eyes. I do all of this out of love, compassion, and the never-ending need to genuinely help others. The ugly side of nursing is what others do not talk about. Apologizing repeatedly to patients, being hit, spat, and then offering a hand to hold later. It’s the ying and yang, the constant yanks back and forth that can exhaust us. ICU, ER and Palliative Care Nurses are among the highest to feel burnt out and see the most death in nursing – and I have done all three with immense joy. I currently work in Palliative Care at Round Rock Medical Center, and it is my favorite job among all. After experiencing burn out and leaving previous jobs I know how to prevent it and what I need from a job to perform well and be my best me.
Patient. My biggest mental health struggle, and the one I ultimately sought help for – was being the patient. Being an epileptic again and not knowing how to take care of myself mentally was a big struggle, and for the first time in my entire life I could find help because I lived on my own. I needed help for a long time and was too scared to ask. Fear of the unknown, fear of not being seen as brave anymore, fear of having to be the patient again, and fear of not being in control. Today, I embrace being the patient. Not just an epileptic, but a therapy patient, a mental health patient and in control of my own health. I celebrate being Diana.
Everyone should have the chance to celebrate themselves like I do today. I chose Sparkle to help facilitate the message to Love Yourself, Celebrate Yourself and ultimately Accept Yourself. We have so many barriers to get here, but it is beautiful here and everyone is invited." -Diana Zavala 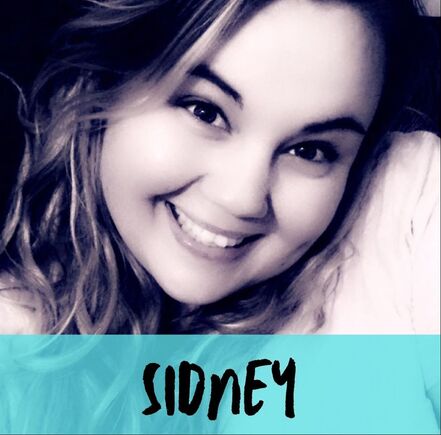 ***TRIGGER WARNING : This story contains topics of underage sexual assault and suicide. Please read with care as it may be upsetting to some readers.***